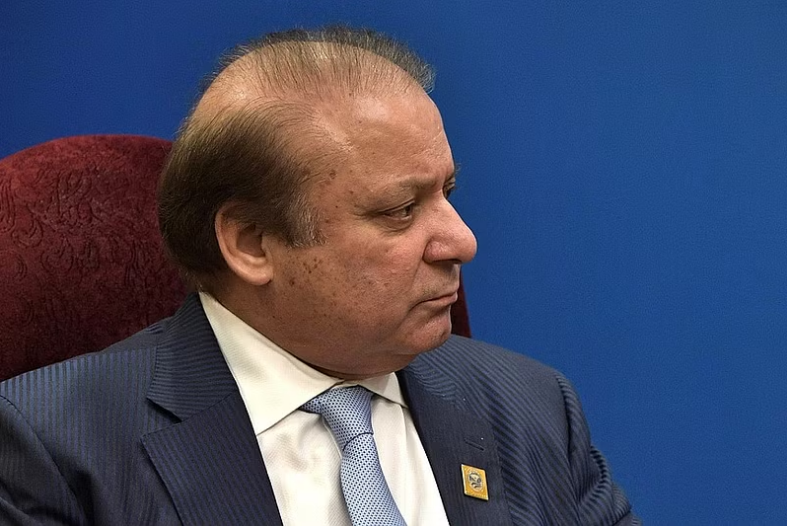 Judges were not oblivious to public opinion and came up with remarks such as ‘Sicilian mafia’ for the House of Sharifs.

Nawaz Sharif’s ouster has divided the country between people who see it as ‘accountability-at-work’ and ‘a judicial coup’.

Last week, in a melodramatic but expected verdict, the Supreme Court of Pakistan disqualified Nawaz Sharif from being member of the national assembly. This decision puts a question mark on Sharif’s political career who has enjoyed political power for more than three decades. The decision will have far reaching effects not just for the future of Sharif dynasty but for Pakistan’s future democratic trajectory.

Since last year, revelations in Panama papers took Pakistan by storm. The focus of the opposition and the media was on the First Family. In November, the issue reached the Supreme Court in a highly charged political environment. Every evening, the judges were called out on TV and asked to decree against Nawaz Sharif. By early 2017, major opposition parties united in urging Nawaz Sharif to step down. There was a convergence here. The role of the military was neither overt nor clear but Sharif and his associates repeatedly complained of ‘puppets’ (referring to Imran Khan who arduously pursued this campaign) and circus antics referring to the unfortunate history where Pakistan’s civilian governments were dismissed by the military on corruption charges.

Ironically, Sharif had acted as one such ‘puppet’ when he supported the army to dismiss Benazir Bhutto’s both governments in 1990 and 1996. In a way, Sharif knew the game all too well. His detractors say he was overly paranoid.

Since the late 1990s, Sharif has been out of favour with the institution of the Army due to his policy of normalizing relations with India. In his third tenure, the civil-military relationship continued to be fractured and became worse when Sharif tried to prosecute former army chief General Musharraf. Things took a nasty turn at the end of 2016 when a media report, allegedly leaked by the PM’s team, accused the military of not doing enough against jihadist outfits that targeted Afghanistan and India. The alleged Dawn Leaks also mentioned that the civilian government had different views on national security and questioned the military for its policies. The leaks were sensational and created a rift that we now know was never mended. Sharif had to fire his trusted aides. Civil-military relations were tense but both sides used the media to amplify them.

Nawaz Sharif’s daughter, Maryam Nawaz, was repeatedly accused by pro-military social media users for defaming the military. Even Dawn Leaks were attributed to people close to her. However, that was meant to target and pressure Nawaz as fathers are sensitive about daughters.

Supreme Court announced its interim verdict on April 20 and two out of five judges declared Sharif to be guilty. An investigation team was formed with members from the intelligence agencies that grilled Sharif family and their final report was damning.

But this is where the “Sharif vs military” narrative becomes an inadequate perspective to view his ouster last Friday.

Sharif and his party underestimated the impact of Panama revelations on public opinion. Even though investigations were reiterating charges, urban and professional class had concluded that the Sharifs, who had amassed enormous wealth in the past three decades, had to go. What was being aired on television 24×7 impacted Sharif’s defence strategy, which relied mostly on legal arguments. Judges were not oblivious to public opinion and therefore came up with remarks such as ‘Sicilian mafia’ for the House of Sharifs; and from the very start were conscious of the populist demand to curb corruption.

Yet, Supreme Court is not a trial court, and an undeclared but unreceived source of income gave the opportunity for a technical knock out. Sharif was disqualified and the actual corruption charges related to Panama leaks were referred to accountability court with a direction for a speedy trial. So the ordeal of Nawaz Sharif and his daughter has not ended.

In the meantime, Nawaz’s younger brother has been nominated as the dynasty’s successor. Known for his tough style of governance, the younger Sharif is also acceptable to the Army. But he will be torn between supporting his brother’s political campaign and delivering on governance and foreign policy issues without annoying the military. It will not be an easy ride.

Since the lawyers’ movement of 2007, Pakistani courts have acted in a relatively independent manner. They have continued to check the executive. Since 1950s the superior courts colluded with the military in ratifying extra-constitutional measures including the three coups of Generals Ayub, Zia and Musharraf. Whenever they decreed against the generals, their verdicts were not implemented.

This is why Sharif’s forced exit has raised questions and spectres of the past. Even if the Supreme Court independently asserted its power, many in Pakistan are wont to remember the bitter legacy.