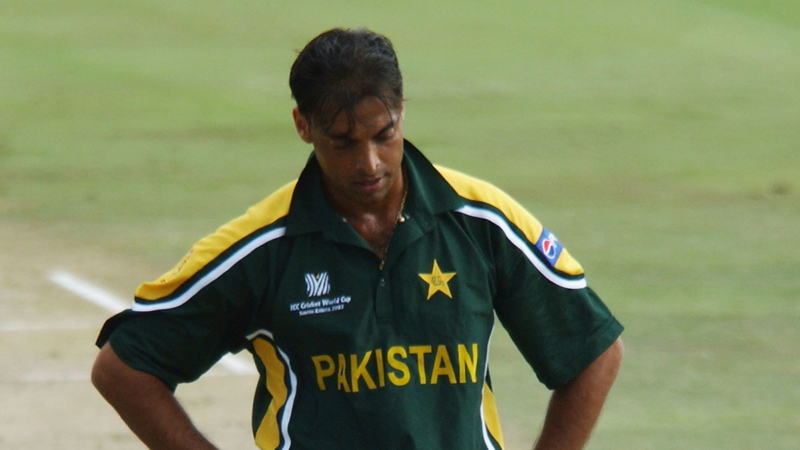 There have been some avoidable outbursts by both Akhtar and his disciplinarians. Akhtar has a chequered past in the conventional sense; and perhaps his tragic flaw is the cavalier attitude that is now a hallmark of his persona. But he is a star whose talent has done cricket, Pakistan, and Pakistanis proud. The quantum of punishment given to him has therefore been viewed as some sort of betrayal, and many have termed it unfair. But this is now a sub judice matter and so cannot be commented upon any further.

However, what lies underneath the narrative of Shoaib Akhtar’s plight relates to the sociological and attitudinal trends that have now engulfed Pakistan, like a poisonous creeper that consumes even the best kept plants in a garden.

Shoaib Akhtar is self-made, rising from humble origins into the global limelight. Born at Morgah, a small town near Rawalpindi, on August 13 1975, he is the youngest of four sons (he also has a younger sister) of an oil refinery worker. Far from following in his father’s footsteps, however, Akhtar began to show cricketing talent while still at school. It was at Asghar Mall College, during his twenties, that his extraordinary skill at the game was recognised; he played at increasingly high levels (including a spell for the English team Worcestershire), culminating in his selection for the national team in 1997. He then shot to international fame during the 1999 World Cup. Stunning spectators with his bowling ability, he went on to set the world record for bowling speed at 100.2 mph, where it still stands.

Nicknamed “The Rawalpindi Express,” Akhtar’s performance in the 1999 World Cup meant that he suddenly became a household name in Pakistan. The immense run-up, the hurtling legs, the characteristic flop of the hair: every young man on the Pakistani streets wanted to be Shoaib Akhtar. It is clear, however, that he belongs to no family or cartel of cricketers. Through this transition to stardom, Akhtar’s attitude reflected his independence and self-reliance, his use only of his own abilities, strengths and skills. Until now, he has defied the sport’s entrenched culture of patronage, and therefore has neither sought, nor benefited from, it. Hence his troubled relations with the authorities, and his reluctance to follow the ingrained feudal culture of obedience, have found resonance with a changing Pakistan.

It is not just the issue of patronage; not unlike the vast majority of Pakistanis, Shoaib Akhtar has been avowedly secular in his views and personal life. The Pakistani team that was almost invaded by preaching brigades, and ultimately indulged in displays of public piety from the PIA flights to the cricket grounds, did not find much sympathy in Akhtar’s view of the world. While many of his former associates were growing beards and following a particular sectarian version of Islamic piety, Akhtar was busy partying whenever and wherever he wanted. So an outcast had already been defined.

Asked in an interview with an Urdu newspaper whether he was religious, he replied: “Islam is our faith and integral to our lives; however, I do not believe in imposing it on others and also dislike wearing it on your sleeve.” In most public statements he has expressed his belief in God but stayed away from the public dimension that we have all been cursed with since General Zia ul Huq’s destruction of Pakistani society.

However the greatest breach of proprietary is Akhtar’s friendliness to India and Indians despite his proud Pakistani identity; he has never been shy of befriending the Indians, from Bollywood stars to common people on the street and in the stadiums. The legendary image of Shoaib Akhtar picking up the cap of an Indian policeman in a cricket ground and wearing it says much more than various rounds of composite dialogue and is perhaps the most forceful display in recent times of cliched “people-to-people contact.” Akhtar is playful, casual and yet inherently dangerous. He goes too far, breaking the barrier well before officialdom has made the leap. 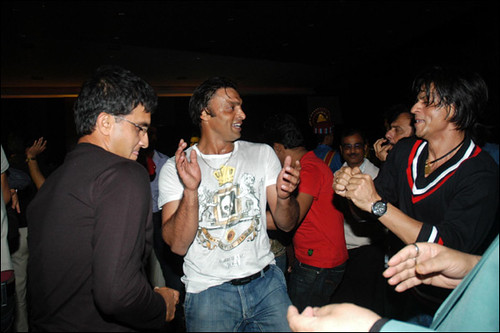 After all, he is playing for the Indian League; he is working with Shahrukh Khan on a film; and he is involved in charity programmes for special children. Not to mention that he races – shirtless at that – with another star, Salman Khan, under the media’s glare.

The middle class morality surrounding him has also been hyped beyond belief. A few random pictures of Akhtar from the foreign press standing in a jovial party mood with some girls have been stretched beyond reasonable limits and commented on out of context. Perhaps the media that flashes these pictures time and again forgets that this sort of contact between men and women is in most societies a routine affair; and more often than not has none of the sexual or immoral connotations that the custodians of public morality would have us believe.

His statements against fundamentalism, for instance his remark that Islam is not practiced with beards alone, must be too much to handle when many of his colleagues sport unwieldy beards. We know that the Pakistan Cricket Board has taken cognizance of the players’ public displays of religiosity in the past, but the reality is that the influence of tableeghis now permeates Pakistan’s corridors of power, including its high-profile cricket team.

Shoaib Akhtar’s character assassination is worrying. Those of us who want the pluralist, secular Pakistan envisaged by the Quaid-e-Azam feel upset when the personal life of a player becomes as important as his performance. And those of us who believe that we need to be at peace with our neighbours – especially India – are also concerned. Any deviation from the ends of peace and coexistence with our larger neighbour would be suicidal; and stars like Shoaib are the best confidence building measure we can think of these days.

While the sentence awarded by the Board needs to be respected – a need germane to the much talked about “rule of law” these days – one cannot help but sympathise with the predicament of Shoaib Akhtar. Therefore, while we shall lament his acts of indiscipline if they are finally proved, we will always respect Akhtar for his talent and praise him for being a beacon in the darkness of extremism.

Published in The Friday Times