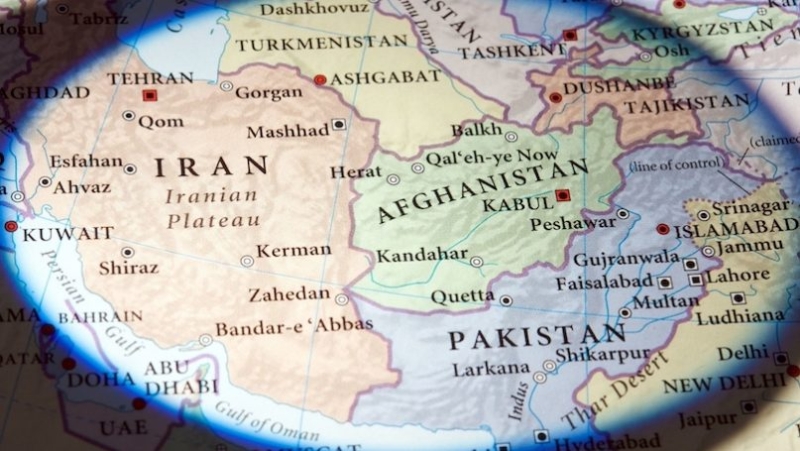 It is unfortunate to see something of a siege mentality developing in Pakistan’s regional posture. For a country that is situated at the crossroads of South Asia, Central Asia, the Middle East and China, this is an alarming strategic situation. And must be addressed most urgently. For it is quite unsustainable to proceed in the medium-term with difficult relations with India, Afghanistan and Iran all at once.

Let us take a brief overview of the severe problems in the bilateral relationships that we currently find ourselves in.

In the case of India, the roots of the conflict are decades old. Pakistan’s strategic planners consider India to be an existential threat. The Pakistani approach towards India begins with the idea that “India never accepted us” and ends with the determination to “resist Indian dominance” in the region. The first assertion can be debated. The second can be accepted as a strategic imperative, but ought not to be permitted to acquire the status of an obsession. Intertwined with strategic concerns are notions of cultural and religious tensions. In fact, judging from ‘popular opinion’ as expressed in the media, it is often hard to tell which comes first – the strategic concerns or the religious-cultural anxieties. Rise of virulent Hindu nationalism in India has complicated the policy-response for Pakistan. Hindu-nationalism both confirms and thrives on the worst of Pakistan’s anxieties – drawing on its own set of civilisational myths and pernicious Hindutva prejudices. There is an unending vicious cycle that two countries cannot get out of. It is complicated more by the unrest in Kashmir and militaristic response by India along with crossfire along Line of Control (LoC). This has diminished the prospects of a meaningful engagements process.

As for Afghanistan and Iran, any tensions with them are particularly disturbing given the fact that they are both Muslim-majority countries with a strong sense of Islamic identity – much like Pakistan itself. It would appear that tense relations with India are clouding Pakistan’s relations with these two countries too. In the case of Afghanistan, that was always the case, and in the case of Iran, it is a more recent development that has seen Pak-India rivalry beginning to spill over.

The abiding concern of Pakistan’s strategic planners with regards to Afghanistan has been that of encirclement if Afghan nationalist regimes gravitate towards India – and it was this preoccupation that led to Pakistan’s relationship with violent Islamists in Afghanistan. In the case of Iran, the dip in relations appears to be linked with Tehran’s allegations of terrorist groups striking Iranian territory operating from Pakistan’s south-west in Baluchistan, and with the Pakistani security establishment’s misgivings with regards to Iran’s relations with India – especially exacerbated after the Kulbushan Yadhav espionage episode (he entered Pakistan allegedly from Iran). In terms of Iran-India ties, Pakistan’s policy-makers are not reassured by the proposed development of the Chahbahar port as a rival to Gwadar and the China Pakistan Economic Corridor (CPEC). And most certainly, matters are not helped by the warnings of cross-border action emanating from Iranian military sources in the last few days.

Nonetheless, a strategically located country such as Pakistan must hold itself responsible for ensuring – at the very least – a working relationship with its neighbours. It simply won’t do to blame the whole situation on Indian manoeuvring or the ‘lack of sincerity’ from Afghanistan and Iran. Pakistan’s strategic planners are surely well aware of the ethnic, religious diversity of the country, and its geographical location in the midst of several distinct cultural spheres. In the case of ties with Iran, the religious-sectarian diversity within Pakistan’s Muslim population must also be considered in a most sober manner.

As for CPEC, while it may prove to be a boon for Pakistan’s development, good relations with China should not be seen as a substitute for normal relations with the other neighbours. At the end of the day, CPEC and the larger One Belt One Road (OBOR) vision from Beijing can only function in an environment of regional cooperation and harmony: tense relations simply won’t do.

Perhaps it is time to underscore the significance of institutionalised policy-making process through the Cabinet Committee on National Security. PM should reactivate the forum to bring together expertise from the armed forces, intelligence agencies and foreign office, economic affairs division, trade and commerce ministers, under the direction of the elected leadership of the country, to brainstorm some way out of the current diplomatic and strategic problems facing the country. Yes, the last time the national security council met there were fireworks and for the past six month the civil-military relations have been strained. Hopefully, both sides have learnt their lessons and are wiser now. The Parliament, after shameful delays, has also activated the national security committee. These two forums need to deliberate and find a way out. Subtlety, discretion and restraint will have to be the key themes in repairing Pakistan’s ties with its neighbours.

Pakistan has to modify its India-centric regional posture and move towards a development and trade oriented regional engagement. For now, the civil-military leadership should find ways to end the undeclared state of war with three immediate neighbours.

Published in Daily Times, May 13, 2017: Should we let the India problem ruin our ties with Afghanistan and Iran?