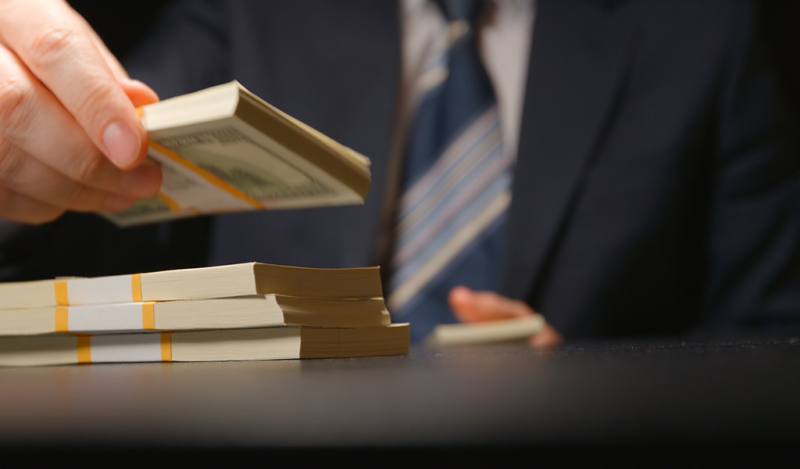 State accountability – all is not that bleak

Much has been written about corruption and how there seems to be no way out of the morass we find ourselves in. The recent survey of Transparency International and other such tools indicate that most citizens are dissatisfied with the way the state works. Small wonder, that we have insurgencies and a growing gap between the public and the state machinery. It is also a cynical truism that change cannot come from within the system but sometimes there are exceptions. Paradoxically, a district management officer took the lead two years ago and set a model of tracking and addressing corruption. Zubair Bhatti, the district coordination officer (DCO) was posted in Jhang where he started a small initiative in the district.

Given its simple nature and adequate media coverage, very soon the ‘model’ became a guiding principle for the Punjab Government. It definitely goes to the credit of the Chief Minister that he noted such a development and paid attention to it. This is why Shahbaz Sharif has gained a favourable reputation over the years. I know many analysts have issues with the Shahbaz Sharif administration but the truth remains: this is a government whose leadership is responsive to citizens’ concerns.

What is Jhang model and why is it important? As is widely known, petty corruption occurs because of lack of political will, and where even that is present, and because of lack of effective information and outreach. Information and feedback have helped develop effective modes of governance across the world. For instance in Bangalore, India the citizen report cards were introduced by a civic group and now their use is widespread. These scorecards highlight the specific issues with services and enable the government to make changes. Focusing on the citizen means that all change and reform must be guided by information given by the citizens.

In Jhang, Bhatti, a pro-active DCO had directed all clerks in the district, who handled land transfers, to submit a daily list of transactions, giving the amount paid and the cell phone numbers of the buyer and the seller. Thereafter, the DCO called the buyers and sellers to undertake spot checks to find out whether they had been asked to pay bribes or commissions. In the process, some of the lower officials were taken to task and this spread the right kind of message among the land registration staff: a powerful citizen voice was around. Similarly, this model was then applied to state service providers such as vets who are used to taking bribes from farmers.

The spread of cell phones in every corner of the country – 20 percent of the poorest 20 percent of Punjab households have cell phones, according to a recent survey – provides a huge opportunity to tap citizen feedback and ensure that his or her voice is being heard. State can potentially reach the citizens and check if he or she underwent extortion or received a low quality service. Information and distance are not a big challenge anymore.

The News reported it and later international publications such as The Economist also covered this development. Such was the impact of a simple tool that the Chief Minister and senior bureaucrats took note of this development and now the Punjab government has decided to scale up this operation. It is definitely a heartening development, especially when one is so used to finding no light at the end of Pakistani tunnels of officialdom.

Technology has also helped facilitate this concept. For instance, mobile phones are now a key instrument to advance and deepen citizen information levels. Cell phones are almost universal. Officials in remote corners of the districts can use this distance to extort money from citizens for ordinary transactions – a health centre operation, registration of property, domicile issuance, driving license etc – services that are either free or at nominal official cost or with well defined user charges. The idea of using information and getting feedback removes distances and layers of officials between the supervisor and the citizen to allow the supervisory officers to directly find out if money was extorted or his/her concern was ignored or trampled.

Thus, by a direct connection with the user of a public service, the chain of collusion among petty officials can be undone by regular monitoring from the district or provincial headquarters. The Government of the Punjab has now started to implement this in several districts and divisions, most notably Bahawalpur, with a focus on property registration. The idea that the Chief Minister, a Commissioner or a DCO can check on the delivery of a bribe-free service is quite a novel one. It has started to show some results though there is a long way to go.

It is unfortunate that discourse on corruption in Pakistan is limited to high-level scandals. The everyday corruption that disempowers the citizen is often neglected or made invisible. TV anchors spend hundreds of prime time hours to dig out old and new scandals with a primary focus on the politicos. This has been our national tragedy since the 1950s. After 1947, it was actually issues of evacuee property and complete lack of accountability of the bureaucracy that fostered a culture of embezzlement and malfeasance. But even then the target was the politicians who were disqualified one after the other for their irregularities.

Last month, when I visited Khyber Pakhtunkhwa for a research assignment, I was amazed to find out how the Jhang model had been noted by the key officials in the province. In fact, the Commissioner of Peshawar apparently was calling up the citizens randomly to check if they had paid a bribe. This is how a good idea is spread and institutional culture can evolve incrementally.

But the long-term success of implementing Jhang model anywhere, including the Punjab, requires strong support at least for a period of 5-10 years. Experience from Bangalore suggests that citizen report cards only worked when the state was behind the idea of its implementation and using the citizen feedback to improve the quality, range and reliability of services. In Bangalore, public transport has been made better, petty corruption has been reduced and services like water and garbage collection have shown improvement.

In our context, this initiative must not be rooted in a piecemeal manner. It needs to be institutionalised through a regulation that bounds senior officers posted at the district level. If and when the local governments are elected in power, this feature of institutional reform should also become apart of their mandates. This is the only way it could outlast one regime.

However, we cannot be oblivious to the larger issues. Zubair Bhatti, the innovator, left the civil service soon after he had implemented this initiative. The reasons were of course personal. But this exit from the service is not an enigma – a lot of capable officers have been leaving the service as the human resource policies of the national and the provincial governments do not reward innovation and those who bring change. Status quo is likely to be rewarded almost always. This leaves us with the dilemma of improving the work environment and compensation packages for the public servants. For instance, most of the civil servants (except the judges in the Punjab) earn a wage that cannot even pay for the basic needs of a family. In such an environment, corruption, dejection and frustration brew and this is a matter of urgent attention.

Whilst the Chief Minister Punjab has taken bold decisions such as the increase in judicial salaries and improving the police compensation, he would be well advised to pay more attention to the state of the public service, especially the executive officers who enforce the writ of the state and regulate rights and entitlements. There are issues such as the federal versus provincial service and their respective share of posts. Indeed, the issue of salaries is well-known but nobody wants to do anything about it other than the customary routine increases such as the one this year. Increasing 50 percent salaries when food inflation has been over 30 percent in recent years is hardly a major change. Most importantly, merit and performance need to be made the cornerstones of the civil service management. Favouritism is still the order of the day not just in the Punjab but across the country and some would say across South Asia. This requires a major policy shift and change of strategy by the elected governments.

The survival of Pakistani state, and to a great degree, rests in making the system work and allowing the governance structures to implement policies. At present, we are far away from this goal.

Pakistan’s citizens desperately need the attention and protection of the state. Their voice needs to be heard and factored in the accountability process. The civil service structure must deliver and there should be many models such as the Jhang variety. All these innovations must be welcomed as we face the alarming prospect of state failure.

The writer is a policy analyst, writer and an editor based in Lahore. He blogs at www.razarumi.com

First Published in The News