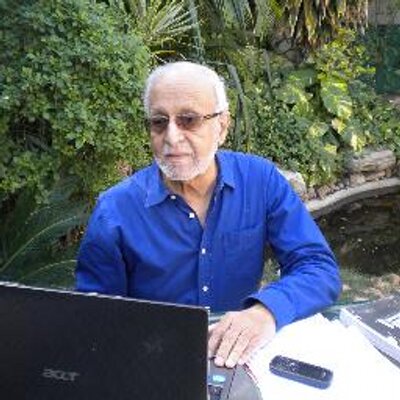 The gentle stories of Irshad Abdul Kadir have recently been published from India, adding another voice to the growing corpus of Pakistani writing. Kadir happens to be another of senior writers to have made a late entry in the world of fiction. Earlier, the beautiful, picturesque prose of Jamil Ahmad was introduced via The Wandering Falcon. Not unlike Jamil Ahmad’s story of ordinary lives invisible from the glare of mainstream media and discourse, Kadir’s stories are about the travails of common Pakistanis. A major dilemma with the characters in Clifton Bridge: Stories of Innocence and Experience from Pakistan is that they are neither aiming to espouse fundamentalism, nor thinking of planting bombs in their shoes, and thus remain marginalized in the global image of Pakistan.

Kadir’s prose is simple and the structure of stories is taut, reminding one of the original art of storytelling when the frills of literary cobwebs were avoided to retain the originality of the theme and authenticity of a character. Luckily there is a wide range of characters in Kadir’s stories, and they are not restricted to upper-middleclass households or the domestic servants working there-in. Instead, together these characters weave the mosaic of contemporary Pakistani society with all its contradictions, ugliness and dynamism. From frustrated housewives to slum dwellers, and from large land owners to babus, Kadir uses little brushes and measured strokes to present a tale which is familiar and yet a discovery. A total of 10 short stories with every day themes enabled me to read the book in one go. In Clifton Bridge, the story that inspires the title, a family of beggars informs the view of the metropolis. Kadir’s portrayal of beggars living under a bridge is humanistic as well as fulsome, for it does not judge the dregs as the privileged classes tend to do across South Asia. Instead, Kadir gets under the skin of his characters and presents a tale of intra-group dynamics and how adversity brings its own strengths.

“Their first ‘home’ – a lean-to against the boundary wall of a cement factory came about when Rana joined the ragged duo. Peeru always remembered the first meal – boiled rice and lentils – prepared by her. She told him to call her ‘Amma’, and later enrolled him in classes at the factory mosque.”

The text is sparse and conveys the emotion and human interaction to its barest.

In another intriguing story called The Queen’s Garden, a Hindu shopkeeper discovers a Muslim child nestled amid the vegetables he sells. This is a mujahid’s child with his Christian lover, calling forth the complexity of every day life in Pakistan, where it is difficult to draw distinctions and labels, and even to judge. This was my favorite story of the collection. Here is a little snippet of how it is crafted:

“Krishan was especially wary of a gray bearded maulana who came daily to make purchases for his madrasas. The maulana was invariably accompanied by three teenage pathan students carrying baskets bulging with provisions. Krishan knew that the maulana dealt with him in preference to Muslim stall holders because his rates were negotiable. Faith, he came to realize, did not stand in the way of commercial shrewdness.”

Another long story entitled The Misfits deals with embedded corruption in Pakistani society, and the alienation it causes within families which are benefitting from the largess. They are deeply divided and struggle to retain human bonds all the while negotiating with stratified class structures, greed and the ultimate need for understanding.

Two unusual stories have intense movement. In Touch of Humanity, the protagonist – a middle-aged widow – changes her life and by untying the knot with her traditional family. In the process she discovers herself and chooses the life of a single parent, a status that is difficult to negotiate in contemporary Pakistan. This relocation of ‘self’ takes her to a different path and the internet plays a part in shaping her new life. In the second story, Two is an Odd Number, two individuals meet in different places in the world and their odd, fated relationship is explored. This is a story that is remarkable for its non-linear pace and softness.

Kadir’s collection comes after the much celebrated In Other Rooms, Other Wonders by Daniyal Mueenudin. Writings by Mueenudin’s were noted for their lyrical quality and unusual characters. In part, the enchantment with Mueenudin’s work was a result of the semi-magical world of rural setting, which many a global reader was unfamiliar with. Kadir’s stories are grittier and the style is quite different. Consequently, a comparison would be unnecessary, except in that the two collections have enriched the scope of literary works produced from Pakistan. Together, they can provide readers with the pleasure of enjoying the unalloyed art of storytelling.

Kadir’s style, as noted above, is bare and sometimes the reader wishes that there were more detail and more flesh to some of the characters. However, the art of short story lies in its ‘shortness’ and ability to work on a small canvas. It is a difficult craft and Kadir’s labour is not lost. Hopefully, these stories will be read widely in Pakistan and beyond. The greatest achievement of these tightly knotted tales (as astutely identified by the publisher) is that they “represent the diversified social cluster of the country and puncture the uni-dimensional idea of it in the non-Pakistani imagination.” At the end of the day, quality literature is rooted in its society and desists from moral judgments. Clifton Bridge: Stories of Innocence and Experience from Pakistan accomplishes that with graceful ease.