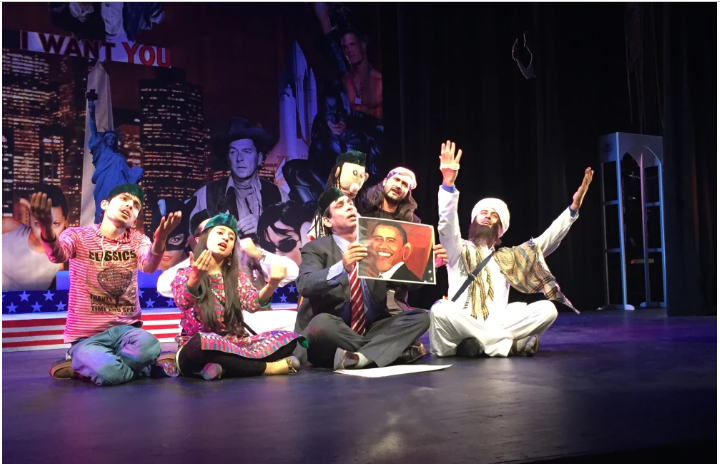 U.S.-Pakistan relationship remains an enigmatic story of converging and competing interests, and above all, magnificent delusions that the former Pakistani Ambassador Haqqani elaborated in his recent book, Pakistan, the United States, and an Epic History of Misunderstanding, about the mismatched expectations of both countries. The primary focus of this relationship remains security-focused for both sides from the Cold War to the recent U.S. withdrawal in Afghanistan. The large security apparatuses of the two states define how to view the other at any given moment more so in Pakistan where anti-Americanism is an article of policy for populist politics.

However, there is also a people’s story that accompanies this relationship. There are nearly 1 million Americans of Pakistani descent, and many more Pakistanis who wish to study, work, or migrate to the United States. Things are not the same after 9/11, many complain, and the Pakistani government’s complex, almost schizophrenic, perspective on the United States continues to delineate the Pakistani public’s imagination.

This leaves little wonder why a PEW Research Center Global Attitudes Project opinion poll found that only a small fraction of the Pakistani population has a favorable view of the United States, with nearly 38 percent considering the United States a threat in 2014. The poll had equally baffling results for the American public opinion: Only 18 percent of Americans had a favorable view of their front-line ally. These themes and narratives find resonance in Pakistan’s artistic world. Daniel Markey’s recent book, No Exit from Pakistan: America’s Tortured Relationship with Islamabad, provides a nuanced account of how narratives of abandonment and national honor have clouded public perceptions. Many in Pakistan believe that these are deliberate stratagems by policymakers to keep the engagement costly. As Markey noted in his book, there are counter-voices in popular culture. For instance, a pop band, Beyghairat Brigade, mocks ideas like national pride and challenges the drummed-up notions of nationalist symbols.

Another major voice in Pakistan questioning the national narratives has been that of the Ajoka Theatre group. Ajoka (meaning dawn of a new day in Punjabi) gave three performances in Washington, D.C., this past weekend, presented by the Laboratory for Global Performance and Politics and the Department of Performing Arts at Georgetown University. These performances were part of the laboratory’s two-year Myriad Voices Festival that aims to expand awareness and understanding about Muslim societies through the performing arts.

The play, Amrika Chalo, is a satire starring a number of Pakistanis keen to obtain U.S. visas, all for different purposes. In a comic vein, the script comments on issues of immigration, fantasy that the U.S. popular culture generates, and the attitudes of U.S. diplomats handling their power while recognizing the limits of that power. The action takes place in the visa section of the U.S. Embassy in Pakistan, where a motley group of applicants narrate their aspirations. The visa-seekers include a businessman, a potential illegal immigrant, a student, a puppeteer, a politician, a cleric, and the aging parents of a Pakistani-American. While there, they each imagine the land of opportunity, each with their own version, thus underlining the idea that there cannot be one single perception of the United States, as the anti-American mantras would suggest.

The play also tackles the issue of how U.S. visa authorities act in these circumstances. There is some humiliation as well as diplomatic effort to address the large demand for U.S. visas. But there is also arbitrariness to the granting process that the play mocks. One U.S. official in charge of security is called Raymond a nod to the CIA operative Raymond Davis, who killed two Pakistanis and caused a major crisis between the two states in early 2011. Raymond is treated as a human, fallible character and is lampooned with abandon.

The climax of the play occurs when jihadis raid the embassy and take U.S. officials, as well as the visa-seekers, hostages. The process of negotiations held by the U.S. Embassy is a metaphor for the real-life situations that the United States has found itself in over the decades. The jihadis demanding of U.S. visas for multiple wives and children also comes as an unsurprising shock, as does the United States grant of this demand. This acceptance of demands at gunpoint can be seen as analogous to U.S. policy in the Afg-Pak region, where it has often agreed to begrudgingly.

Cynthia Schneider, now the distinguished professor in the practice of diplomacy and co-director of the Laboratory for Global Performance and Politics, was featured in the play. This must be a first for a former U.S. ambassador to take cultural diplomacy beyond boardrooms. Artists hold up a mirror to society and politics, and so provide different perspectives from the political and policy focus that dominates Washington, says Schneider, who was the moving spirit behind this collaboration.

Shahid Nadeem, co-founder of Ajoka and the playwright, considers this production to be a critique of both sides in equal measure. In Nadeem’s view, art cannot replace political commentary but is influenced dramatically by international and regional affairs. Ajoka is a theater group that continues the rich tradition of folklore in South Asia. Historically, folk tales and artistic endeavors have been an attempt to foster a dialogue by the ruled with their rulers. For centuries folk literature has challenged power in the region and Ajoka’s work loosely referred to as street theater continues that legacy. The theater group was established under the repressive regime of General Zia ul-Haq (1977 to 1988) and employs simple tools of folk performance art parody, music, dance, and satire to question the brazen decisions made by the Zia regime, especially with respect to political and cultural freedoms. In recent years, Ajoka has also presented major plays on historical figures that challenged Pakistan’s official Islamization. One such play, about a secular Mughal prince, Dara, is currently showing at the National Theatre in London.

Amrika Chalo, therefore, engages in a dialogue with the Pakistani power-clique a few dynastic politicians, the security establishment, and the clerics who have popularized the view that the United States is the source of all evil in Pakistan; and in doing so, shatters the myth by calling attention to the voices of ordinary Pakistanis who wish to engage with the globe. At the same time, it also critiques the U.S. policies from visa procedures, periodic support of Islamist groups, arrogance of power, and pragmatic disregard of principles.

No bilateral relationship can progress without an honest exchange. The U.S.-Pakistan relationship needs a dialogue that moves beyond the narrow and time-bound specifics of security and war and encompasses people and progress. Given Pakistan’s security and development imperatives, this bilateral relationship cannot be wished away. Similarly, as history bears testimony, the United States cannot forsake the country either, despite the current voices in Washington, D.C., calling for such action. A large Pakistani diaspora in the United States also makes it vital to expand people-to-people relationships. Arts and culture, in the ever-shifting boundaries of global understanding, matter. Ajoka and Georgetown just demonstrated that.