I had earlier posted on the sad state of the heart wrenching denouement to the dazzling Mughal Empire thanks to Indscribe who related the sad story of middle-aged Sultana Begum, who runs a tea-stall in Howrah to earn a living for her family. TheÃ‚Â great grand-children of last Mughal Emperor Bahadur Shah Zafar, are in misery.

Today I received this email:

It is pleasure to know that you have noticed the misery of Sultana Begum, the great grand daughter in law of Bahadurshah Zafar. She is getting only Rs.400/- as political pension from the govt. of India and runs a roadside scrap shop in Shibpur area’s 103/12/C,Foreshore Road of Howrah town of West Bengal in India for her survival. General people occasionally come for her financial help, but that is not sufficient. At least we should provide her a suitable place to live in with dignity. I hope, international community will come forward to rescue her from poverty. She may be contacted on phone number 033 2641-1043. Thank you.

I am not sure about the authenticity of this message. If it is true then it deserves the attention of my Indian friends in the blogopshere.

We just witnessed the sad demise of Urdu’s greatest writer Qurratulain Hyder who died in relative anonymity. She was alone in the hospital for a month. Indeed everyone is now writing about her and the contributions that she made.

I am not a royalist or a monarchist. But the poor Mughals since 1857 have seen the worst treatment at the hands of colonial [and now ostensibly the postcolonial] state. It is time that this be rectified.

Instead of state patronage, perhaps a private philanthropist could sponsor a small decent enterprise for these unfortunate inheritors. 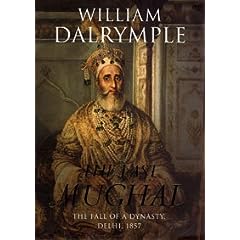 William Darlymple , based on primary sources has recently published a fascinating book called “The Last Mughal”.” It took a foreign researcher to discover documents that were eating dust in our archives. What a pity!

Do we have any respect or understanding of our heritage?

Third story for the Herald’s annual heritage issue: Once renowned as a city of gardens

75 thoughts on “The plight of Bahadur Shah Zafar’s descendants”