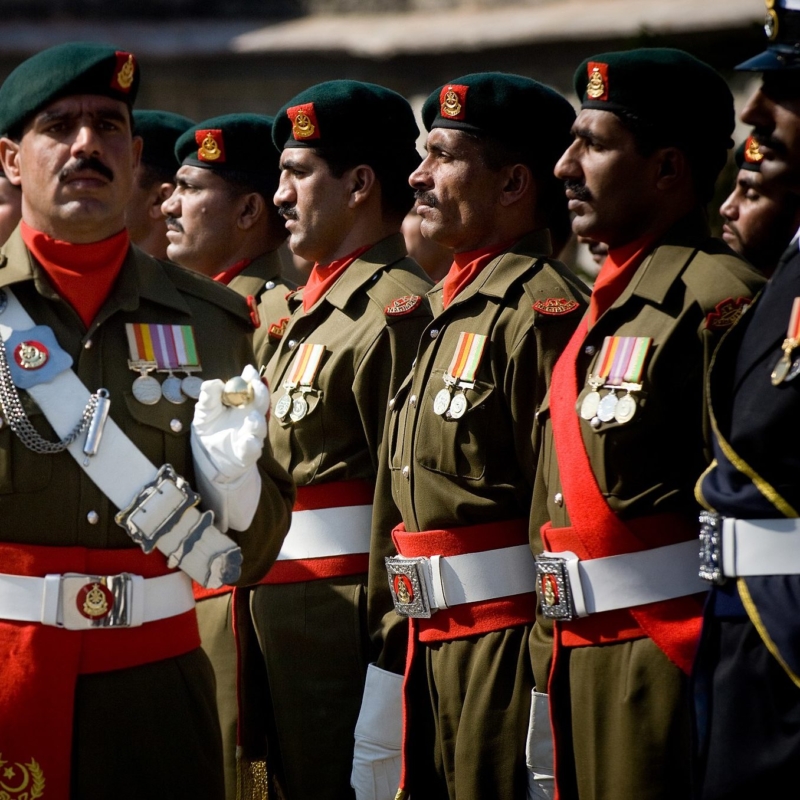 My new piece published by The Friday Times

While the gurus of security and international affairs continue to unpack and make sense of the high-profile and much-hyped strategic dialogue, the people of Pakistan continue to ask questions about its direct relevance to their lives. If increased US investment in the energy sector and other poverty alleviation programmes would be outcomes of this exercise, perhaps there may be some hope for an ordinary Pakistani. However, it appears that the process of dialogue has harped on familiar tunes, adding to the sound and fury that defines Pak-US relations.

If anything, the re-emergence of the Pakistan Army’s ascendancy over national affairs has been a direct result of the much touted ‘strategic’ dialogue. The Pakistan Army and its leadership have already taken over the foreign policy and recent developments suggest that their command and control over domestic policies of public interest remains as entrenched as ever. Whether this pertains to the meeting of top bureaucrats presided over by the Chief of the Army Staff, or the capitulation of the civilian government before the obsessively India-centric policy of our military-bureaucratic establishment, we are sure about who is calling the shots in the Land of the Pure.

Sadly, this viewpoint is now fully backed by an ultranationalist media posing as a neo-saviour of the country. Many leading journalists have openly welcomed the indirect takeover of the national policy process by the khakis . Given our history, the Pakistan Army has and will continue to play an important role in national politics. But, the resumption of civilian governance in 2008 resulted in a faint hope that Pakistan might witness key policy-shifts that were creative and different from the past trajectories. All such hopes have been dashed, for we continue to be mired in a situation where the political elites continue to wrangle and where the well-known, twisted civil-military relationship haunts us once again. The people of Sindh, Balochistan and the NWFP fail to understand why the hate-and-get-India campaign should be central to our Afghan policy. Whatever happened to the declarations made by President Zardari in 2008 about a radical departure on our India policy? We have to be realistic and cognizant of the fact that there is no alternative for a country like Pakistan except to pursue peaceful coexistence with its neighbours and solve problems through means other than strategic machinations.

The US is keen to make a deal with the Pakistan Army in a new civilian format. That may well be a short-term objective of the US establishment. However, the US is once again displaying its oblivion to history by agreeing to play ball with the khakis only. The US will always be viewed with skepticism by Pakistan’s exploding populace that now comprises a powerful group of young men and women with little hope in their country’s future (recent youth surveys testify to this fact). In addition, the rise of Islamism, thanks in part to another short-term strategy of the US to fight the Cold War as it turned a blind eye to the mock Islamisation under the Zia and later regimes, will pose a greater threat to the strategic objectives of the US in the region. Clichèd as it may sound, the Af-Pak conundrum cannot be resolved without the inclusion of the peoples of Pakistan in the decision-making process. Sadly, the parameters of policy engagement refuse to change and the political elites are once again giving in to the national security-led definitions of Pakistani statehood and society.

The partners embroiled in various strategic dialogue[s] need to learn three clear lessons of Pakistani history. First, militarisation of Pakistani society is neither in the interest of the hapless Pakistani population, nor their global allies and patrons. Second, Islamism is a brutal reality that cannot be tackled without a robust and secular political society in Pakistan. Last, Pakistan and Afghanistan’s problems can only be sorted out in the long-term by involving the regional powers such as Iran and India. Therefore, bilateral engagement needs to take place within a regional cooperation framework, based on the imperatives of trade, development and peace-building.

Raza Rumi is a policy advisor and a writer based in Lahore. He blogs at www.razarumi.com and edits Pak Tea House & Lahore Nama e-zines