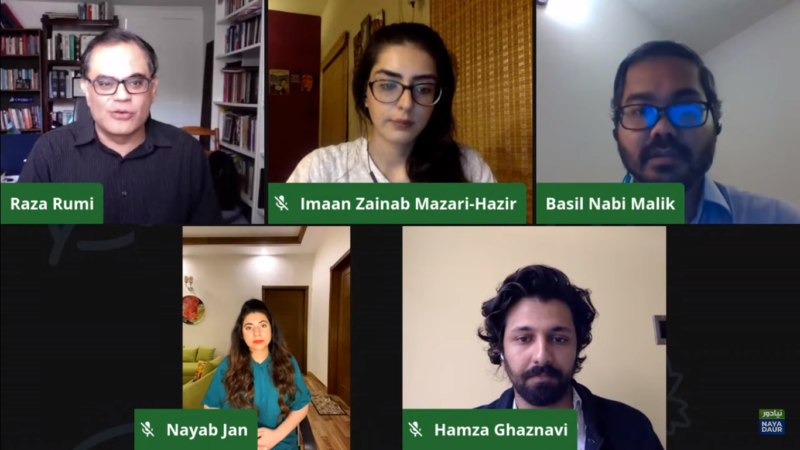 In this talk, Raza Rumi is joined by Nayab Jan, Imaan Zainab Mazari-Hazir, Hamza Ghaznavi, Rafiullah Kakar, Basil Nabi Malik to discuss the problems faced by the youth in Pakistan. Pakistan currently has a 70% youth population. Yet, instead of employing the youth for the benefit of the country, the state treats them with suspicion and regards them as a problem. They are denied a voice in running the affairs of the country and are taught to respect the status quo without question right from their childhood, which continues through the rest of their lives. They are not only economically but also intellectually deprived as a result of the systematic flaws inherent in the Pakistani state structure. This combined with unchecked growth in population, civil-military imbalance, religious fanaticism, misogyny, suppression of minorities and lack of identity contributes to drawing a very pessimistic picture for the future of the largest segment of the Pakistani population, i.e. the youth.