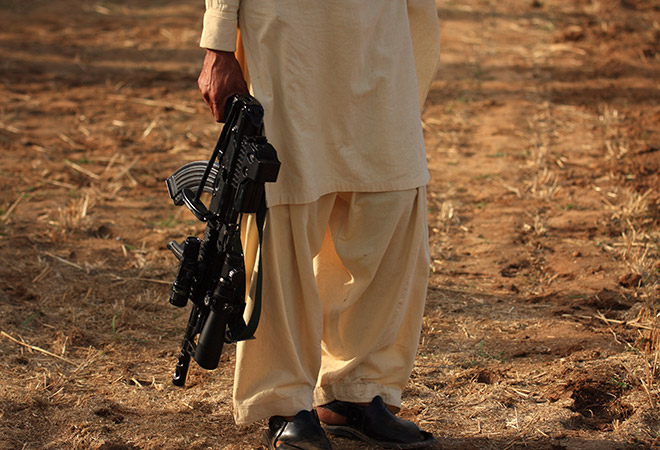 One-year review of Pakistan’s fight against extremism and terrorism

Nearly a year ago, Pakistani security forces announced the killing of Malik Ishaq, leader of an anti-Shiite terrorist group named Lashkar-e-Jhangvi (LeJ). He was shot dead along with other top leaders (11 members in total) in a police encounter. LeJ was infamous for committing some of the worst sectarian attacks in Pakistan, and the elimination of its top command effectively led to the weakening, if not dismantlement, of the LeJ network nationwide.

Pakistan’s security apparatus has also captured notable commanders and members of the TTP. These commanders, who fled North Waziristan and took refuge in various urban centers, include among others, Aqal Nawab, TTP commander for Swat, Hafiz Sanaullah alias Qari Zarar, Noor Muhammad and Habib Gul of Mohmand area. These arrests also significantly weakened the TTP and its organisation inside Pakistan.

In another first in Pakistan’s history, 2015 saw the arrests and charging of clerics with hate speech cases. Hundreds have been rounded up for inciting people to violence at public gatherings in the country. In Kasur, a prayer leader was sentenced to five years’ imprisonment for delivering a hate speech and inciting people to violence against a particular sect. In October 2015, Mufti Kifayatullah, a senior leader of an Islamist party, Jamiat Ulema-e-Islam Fazl (JUI-F), was also arrested for delivering a hate speech by the Counter-Terrorism Department of Punjab.

Civil-military differences on India have deepened over the years

The regulation of madrassas (religious seminaries) has been slow despite being a critical component of the NAP. With over 22,000 registered madrassahs and an enrollment of nearly 1.5 million students, reforming and regulating all religious seminaries in the country is a herculean task. In February 2015, the Sindh government announced that new mosques and seminaries will only be established after obtaining permission from Home Department. In January 2016, the Sindh government announced to table a new law which will only allow Government approved Friday sermons in all mosques of the province. The Sindh administration believes this will be a step towards maintaining sectarian harmony in the province.

The slow but discernible transformation in the Pakistani military’s strategic thinking is also reflected in the speeches of its two commanders: former chief, General Ashfaq Pervez Kayani, and the current chief, General Raheel Sharif. In his Independence Day speech in 2012, which also came to be a defining speech for the eradication of militancy and extremism from Pakistan, General Kayani underscored the centrality of Islam to Pakistan. He stressed that Pakistan was created to establish an Islamic welfare state. He also said Islam and Pakistan are inseparable and Pakistan was made in the name of Islam.

In contrast, General Sharif’s speeches to his commanders in 2014 and 2015 eschewed references to the religious ideology of Pakistan. General Sharif underscored national unity and highlighted the Pakistan army as representative of all four provinces, and a symbol of nationalism.

Pakistan army through its media arm, the Inter-Services Public Relations (ISPR), has also propagated its new messages through elaborate and effective media campaigns. ISPR, in recent years, have funded production of films on countering extremism, terrorism and propagating a message of a nation united despite grave challenges. A month after the horrific APS attack, ISPR released song carrying a message of conviction and resilience in the face of terrorism. In December 2015, on eve of first anniversary of the APS attack, ISPR released a musical tribute to commemorate over 130 slain children. The song conveyed a message from children to extremists and that radicalization needs to be challenged through knowledge and education for the greater good. Significantly, in both songs, references to Islamic teachings and scriptures were absent.

The tenuous restoration of peace and stability in Karachi, the financial capital of Pakistan, is also encouraging. Violence has reduced by 70-80% since the launch of Rangers-led paramilitary operation in the city. Security forces have targeted TTP and Al-Qaida elements along with criminal networks in Karachi. Operation against violent wings of political parties and the religious extremists continues, while the security apparatus cracks down on terror financing networks. The civil society and political parties have provided broad support to these measures. There are issues of human rights abuses and other charges of political bias but overall the public opinion is firmly behind the military action.

For any regional peace initiative to be successful, it has to have the support of Pakistan’s military, with the civilians principally and firmly in control. At present, the civilian and military leadership, despite the rhetoric, are not on the same page with respect to the necessity of engagement with India. The civil-military divergences on India have deepened over the years.

Pakistan’s civilian leadership needs to address this looming difference for progress to materialize in the peace process. But exactly how will civilians move forward remains to be seen. It is not even clear if they have garnered enough public support to drive this process.

Instituting reforms in religious seminaries is another challenge. Despite pronouncement, successive governments have failed to initiate reforms to regularize and regulate seminaries. Reforming seminaries is vital as they are the basis of the jihad industry. Until seminaries are not brought under control, extremist violence will continue to flourish. The state must aim to achieve elimination of physical militant infrastructure, recruitment bases and recruiters, curtail radical seminaries, and suffocate funding streams that support radical elements and militant violence.

Furthermore, it should be recognized that youth marginalization fuels radicalization. The lack of socio-economic opportunities, and failure of state to deliver essential public services enables militant outfits to make inroads and recruit youth.

Tackling Balochistan is another challenge. The province has been affected by a formidable insurgency since 2007. At least four separatist groups operate against the state. They have targeted military and paramilitary personnel and installations, and settlers from other provinces. Since 2013, the Balochistan government and military commanders have worked in tandem to bring stability in the province but human rights violations have also taken place further angering the local population. Stability and peace in Balochistan is vital for Pakistan to successfully implement plans being made under CPEC.

Although Pakistan may be turning a new leaf, major challenges remain.

Due to continued tensions and bilateral mistrust, Pakistan military still considers India an existential threat. General Sharif has warned India of an unbearable cost if war occurs. The military also continues to consider Kashmir as the core dispute between both states. Thus, India-centric jihadi groups remain active and they have been making inroads in Pakistan’s mainstream politics since the military believes, by mainstreaming them, it can neutralize them, but will it succeed?

After the December 2014, APS attack, military stepped into management of internal security across the provinces. Provincial apex committees were established to oversee implementation of the National Action Plan (NAP), comprising civilian provincial principals, provincial secretaries, Army commanders, and the intelligence personnel. The military has highlighted the importance of this forum as a civil-military coordination mechanism. But the reality is that the military remains the de facto in charge.

From a militaristic national security strategy, Pakistan is moving towards an economy-oriented national security policy. The CPEC framework, energy engagement with Russia and commencement of TAPI gas pipeline are indicators of the new policy focus. This focus, for the first time, disengages Pakistan from sole reliance on jihadi groups as foreign policy tools in the region.

The greatest opportunity lies in the public mood. Since 9/11 this is the first time that the Pakistani public has rejected violent extremism and considers the war against terrorism as its own war. But the political forces have allowed the post APS moment to fritter away. PM Sharif’s wavering policy stance and the opposition leader’s defence of funding a notorious seminary makes the future path rather uncertain. Perhaps the greatest of challenges is Afghanistan where Pakistan’s security establishment is unwilling to give up Afghan Taliban. The latter may be viewed as a bulwark against Indian influence but their increased power will bolster Pakistani Taliban movement. This is what Pakistan’s civilian and military leaders need to consider.

Based on author’s essays for The NAP Tracker: The First Year Audit of National Action Plan published by Center for Research and Security Studies, Islamabad (May 2016)