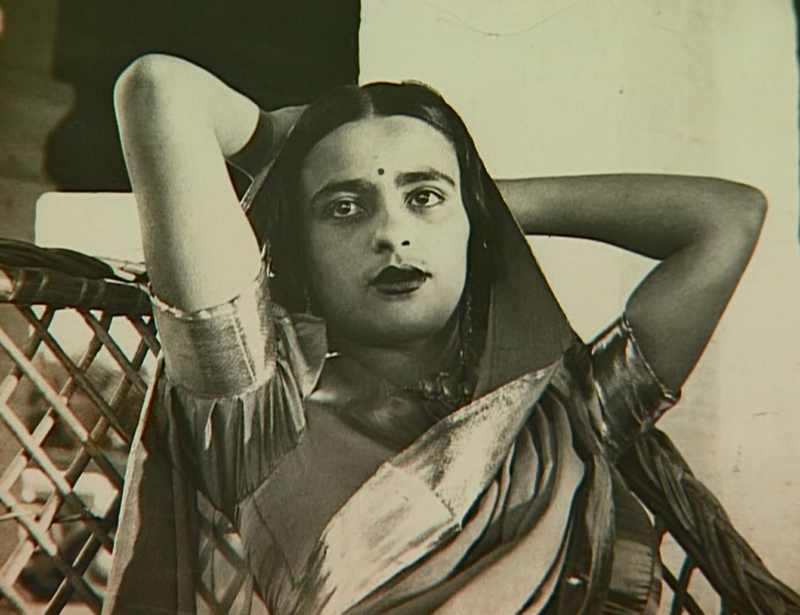 Amrita Sher Gil was once asked by Iqbal Singh, who was to write her biography 43 years after her death in Lahore in 1941, at the age of 28, why she had never painted a portrait of Jawaharlal Nehru, whom she knew and liked. She replied, “Because he is too good looking.” And so he was, and so was she. Col Ronny Datta, who as aide-de-camps to President Radhakrishnan, would often get to see Nehru, told me once that there was always such a glow on Nehru’s face that you couldn’t keep your eyes on it for long.

Amrita met Nehru in Lahore when he came for a day to team up with Congress workers and address a public meeting. He was staying in a house just across the road from Faletti’s Hotel with Diwan Ram Lal, a judge of the Punjab High Court, and elder brother of Dewan Chaman Lal, with whom and with his wife Helen, Amrita was great friends. Nehru, Ram Lal, Dr Khan Sahib, elder brother of Frontier Gandhi Khan Abdul Ghaffar Khan, had shared a flat in London as students. Although Nehru and Amrita met no more than three times, they often exchanged letters. As her most recent biographer Yashodhara Dalmia has written, “The exact nature of their relationship is difficult to gauge, because many of Nehru’s letters were later burnt by Amrita’s parents, much to her chagrin, while she was away in Budapest getting married” to her cousin Karl. Her mother was Hungarian and her father a Sikh landlord from Punjab, Sardar Umrao Singh Majithia. (It is to be wondered if the Majithia Hall on Empress Road in Lahore has some connection to Amrita’s father’s family.)

She wrote to her father after learning what had happened, “I had left them behind not because I thought them dangerous witnesses to my evil past but because I didn’t wish to increase my already heavy luggage. However, I suppose I have to resign myself to a bleak old age unrelieved by the entertainment that the perusal of old love letters would have afforded it.”

Nehru sent her a copy of his autobiography. She thanked him and wrote, “As a rule I dislike biographies and autobiographies. They ring false. Pomposity and exhibitionism. But I think I will like yours. You are able to discard your halo occasionally. You are capable of saying, ‘When I saw the sea for the first time,’ when others would say, ‘When the sea saw me for the first time.’ I should have liked to know you better. I am always attracted to people who are integral enough to be inconsistent without discordance and who don’t trail viscous threads of regret behind them. I don’t think that it is on the threshold of life that one feels chaotic, it is when one has crossed the threshold that one discovers that things which looked simple and feelings that felt simple are infinitely more tortuous and complex. That it is only in inconsistency that there is any consistency. But of course you have got an orderly mind. I don’t think you were interested in my paintings really. You looked at my pictures without seeing them. You are not hard. You have got a mellow face. I like your face, it is sensitive, sensual and detached at the same time.”

Amrita moved to Lahore in August 1941. Four months later she was dead. She and Victor rented flat No 23 in Sir Ganga Ram Mansion (I wonder who lives there now), which was also known as Exchange Mansion. She could see the Lahore High Court from the back of the flat. Her husband, who was a doctor, set up his clinic on the ground floor while Amrita made the barsati on top into her studio. She was full of enthusiasm and the artist’s block that she had been struggling with seemed to at last be lifting. She was all set to hold her exhibition in December (it was held after her death) at Faletti’s, where she had exhibited her paintings in 1937. Khushwant Singh who had set up a law practice in Lahore used to hold a fortnightly soiree at his residence where he would be joined by Faiz Ahmed Faiz, Prof Ahmed Shah Bokhari, Kartar Sing Duggal, Amrita Pritam Kaur, GD Khosla and Mangat Rai (brother of the long-serving principal of Kinnaird College, the late Miss Mangat Rai). In Lahore also lived artists like Abdul Rehman Chughtai, Satish Gujral and Roop Krishna. Amrita became friends with Nawab Muzaffar Ali Qizalbash, Jamil Asghar, who later became a high court judge, Rashid Ahmed (who married Zeenat Rashid and whose daughter is married to Javed Jabbar “JJ”), U Karamet (who as Vice Chancellor of the Punjab University would sign papers with a flourish that said: “OK – UK”) and AS Bokhari.

Amrita’s reputation as an artist who combined the best of European technique and tradition with the purest of Indian motifs and the Indian spirit, continues to soar. Her work, which now fetches high prices, sold little during her life and the few she sold did not bring in more than a few hundred rupees (One of her paintings, “Veena Players,” hangs in the Lahore Museum and one in the Contemporary Art Gallery in Islamabad, gifted to its founder Zubaida Agha by Ishfaq Ahmed, who picked it up for a few rupees from a junk dealer).

A mystery has always surrounded Amrita’s death. Did she die of food poisoning (she had been at Sir and Lady Abdul Qadir’s home for tea, where she had eaten some pakoras that seem not to have agreed with her) or was it something more sinister? Khushwant Singh – as is his wont – had not written about her very kindly. He says she had an abortion which was botched by her husband and the ensuing infection went out of control. Victor did not seek help until it was too late. Yashodhara Dalmia writes that Helen Chaman Lal found Amrita dying. Two doctors, Dr Sikri and Dr Kalisch, a German, were brought in and found that peritonitis had set in and her intestines had perforated. Around midnight on December 5, 1941 Amrita Sher Gil passed away.

Her father and mother, who were in Simla, rushed to Lahore and on December 7, her father wrote in a letter, “Amrita’s body was taken to the crematory. Those fingers which had painted and that brain which had conceived her works, receiving its inspiration from the deathless spirit, were dissolving into the elements before our eyes. She had entered the prenatal world at Lahore and death seemed to have conspired with life to release her spirit from its physical chrysalis in the same city.” Iqbal Singh, who obviously was smitten by the lovely and fancy-free Amrita, wrote, “Amrita’s body was carried in a black hearse. It was covered with a Kashmiri shawl. At the last moment, someone discovered that no arrangement had been made to get any flowers to lay on the body. Some friends, who had gardens in their houses, rushed and brought some flowers. There were not many mourners – perhaps about 30 or 40, and they were mostly in their cars. So the cortege moved pretty fast through the Mall, Lower Mall, past the Badshahi Mosque and the Lahore Fort, and then on to the burning ghat on the left bank of the Ravi. A brief religious ceremony, under the Sikh rites, was held. . . The last rite was performed by Amrita’s father, Umrao Singh. As I sat there watching the body of that precious, elegant and beautiful Amrita being consumed by the leaping flames, I remember saying to myself, and the conviction has grown through the years – ‘We shall never see the like of her again.’”

Amrita Sher-Gil is one with the earth of Lahore. Is there no one in this city that she chose as home to build a memorial to her, or at least put a plaque at 23 Sir Ganga Ram Mansion in remembrance of a painter who has left her mark on the world in which she was not destined to live very long?