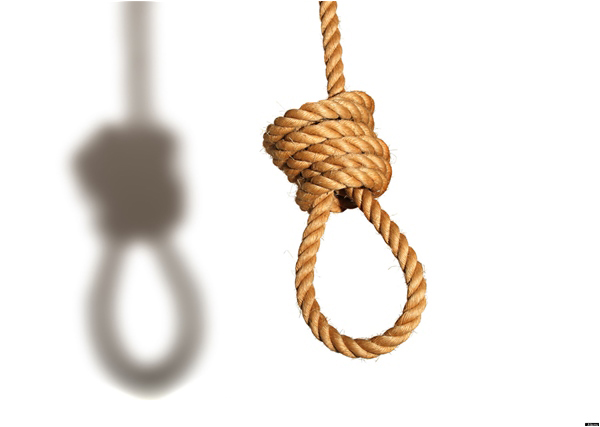 The International Commission of Jurists (ICJ) in its new report On Trial: the Implementation of Pakistan’s Blasphemy Laws, has documented the widespread fair trial violations in proceedings related to blasphemy offences in Pakistan. The report highlights how intimidation and harassment of judges and lawyers that results in miscarriage of justice. At the same time, ICJ has also presented instances where bias by judges and lawyers impacts the blasphemy trials. Other problems that the report highlights pertain to violations of the right to effective assistance of counsel and prolonged pre-trial detention, weak investigation and prosecution and alarming conditions of imprisonment, which includes solitary confinement of those accused of blasphemy.

The report analyses over 100 judgments made by Pakistani courts during 1986-2015. In addition, it summarizes interviews with judges, lawyers and police officials, human rights activists and defendants. The report shows that in 19 out of 25 cases under section 295-C, high courts acquitted individuals convicted for blasphemy by trial courts. In most cases, appellate courts noticed procedural irregularities and mala fide intent. But there were delays as proceedings in trial courts can extend upto three years and the appeals on average take five years or so to be disposed.

Worryingly, those accused of blasphemy under section 295-C are frequently denied bail and under trial prisoners and even the convicted ones are kept in solitary confinement, sometimes for years. The ICJ report makes a number of recommendations to the Pakistani state to overcome the current challenges.

Raza Rumi spoke to Sam Zarifi, ICJ’s Asia Pacific Regional Director based in Bangkok, on the misuse of blasphemy law and what could be done to prevent that.

Raza Rumi: The new ICJ report has documented widespread fair trial violations in proceedings related to blasphemy offences in Pakistan, particularly in trial courts. What are the key problems identified?

Sam Zarifi: One of the key factors that contribute to fair trial violations in blasphemy cases is the genuine fear of reprisals from non-state actors. Blasphemy allegations often become religiously and politically charged, with real dangers to the life and liberty for the accused and his or her family on the one hand, and judges and lawyers associated with the case on the other. The intimidation and harassment of judges, lawyers and police impedes on the independence of the judiciary and the right to a defense, which are cornerstones of the right to a fair trial. Threats of violence, which have at times been realized as we saw in the case of Rashid Rehman’s unlawful killing, create an overall atmosphere that in which fair trials are not possible. Another key issue is that various actors in the criminal justice system, including the police, lawyers and most significantly, judges, frequently demonstrate bias against those accused of blasphemy. Other fair trial issues raised include violations of the right to effective assistance of counsel; rejection of bail and prolonged pre-trial detention; incompetent investigation and prosecution that do not meet due diligence requirements under the law; the prosecution and detention of people living with mental disabilities; and inhumane conditions of detention and imprisonment, including prolonged solitary confinement.

RR:   Why do the trials take so long and why are bails often denied even when there is a strong case?

SZ: Delays are common for a variety of offences in Pakistan and are not specific to blasphemy cases. However, the effects of such delays are acutely felt by persons accused of blasphemy, who fear for their lives and the safety of their families from the time such allegations are made and even while they are held in custody. This includes the perverse practice of keeping people accused of blasphemy in solitary confinement or isolation. Most blasphemy offences in Pakistan are non-bailable. This means that courts are mandated by law to refuse bail if there are reasonable grounds for believing the applicant has committed the offence. Pakistan’s law on bail is incompatible with international standards for the right to liberty and fair trial, which provide that States may only detain individuals pending trial where there are substantial grounds for believing that it is necessary and proportionate in the circumstances of the particular case to ensure his or her presence at trial, the preservation of evidence, or to protect against the individual committing a serious offence. Even where accused persons are entitled to statutory bail, judges often reject bail in blasphemy-related cases, particularly where the accused is charged under section 295-C of the Penal Code. In many instances, judges consider the accused persons and their counsel responsible for the delay in proceedings, and are unsympathetic towards the security risks or other hardships faced by the accused or his/her counsel that may have contributed partly to the delay.

RR: The recent upholding of the verdict against Mumtaz Qadri, the murderer of former Governor Salmaan Taseer, has rekindled hopes in the fairness of Pakistan’s judicial system. Do you share this optimism?

SZ: The Supreme Court’s judgment is certainly a positive development, particularly the observation that people accused of blasphemy “suffer beyond proportion or repair” and the important clarification (which should be obvious) that critiquing or amending the blasphemy laws do not in themselves amount to blasphemy. The judgment has opened up the debate on blasphemy law reform, which had faced a setback after the assassination of Governor Taseer and Minister Shahbaz Bhatti. But it remains to be seen whether the judgment will improve the fairness of blasphemy trials. The Supreme Court and provincial high courts need to play a more proactive role in that regard, including guidance on how judges should address the problems typically associated with blasphemy cases such as lack of independence and impartiality caused by religious beliefs, political ideology or interference from State or non-state actors.

RR: The ICJ report states that in 80% of acquittals by the High Court, mala fide complaints were detected. Where is the weak link – the police or the trial courts?

SZ: Both, and we should add prosecutors to the list. The law requiring that only officers of the rank of superintendent of police shall investigate 295-C complaints is rarely practiced. Prosecutors too fail to carry out their role in an impartial and objective manner, avoiding political, social, religious or any other kind of discrimination. They initiate or continue prosecution even where charges are obviously unfounded. Finally, even where there are glaring weaknesses in the case of the prosecution, some – many – trial courts go on to convict defendants, mostly due to fear of reprisals, and at times, bias of judges against individuals accused of blasphemy and the presumption of guilt.

RR:   Given that Pakistan is not amending the blasphemy laws anytime soon, how can the prosecution for such cases becomes fair and free of the chances of miscarriage for justice?

SZ: Much can be achieved by amending the procedural laws related to blasphemy prosecutions. For example, as a short-term, temporary measure, section 196 of the Code of Criminal Procedure can be amended to ensure no court can take cognizance of any blasphemy-related offence, particularly under sections 295-B and 295-C of the Penal Code, without intervention from the provincial or federal governments. This safeguard is already in place for section 295-A cases. While the ICJ remains generally opposed to the requirement of sanction for the commencement of legal proceedings, given the specific issues raised in the report about the flaws in the prosecution and investigation in blasphemy cases, this additional temporary safeguard may act as an effective deterrent against malicious or frivolous prosecution. Expressly including the requirement of proof of deliberate and malicious intent in all offences related to religion that are retained in the short or long term, particularly section 295-C, is also a key safeguard. The Federal Shariat Court has already held that blasphemy under 295-C is an “intentional or reckless wrong”, and requires the requisite mens rea of “intention, purpose, design, or at least foresight”. Parliament’s failure to amend the law to include intent shows inexcusable lack of political will and laziness.

RR: What are the immediately implementable recommendations?

SZ: In the short term, Parliament can take a number of concrete steps: blasphemy offences should be bailable, and bail should be a right unless pretrial detention is necessary to ensure the defendant’s presence at trial, the preservation of evidence, or to protect against the individual committing a serious offence. The requirement that only Muslim judges preside over section 295-C trials must be repealed. The practice of keeping individuals accused of blasphemy in solitary confinement “for their security” must end; in jail trials, special care must be taken to ensure that the right to a defense is not compromised; the venue of trials should be transferred from the location of the alleged blasphemous incident to other safer localities where there are risks of interference from non-state actors. The report makes a number of recommendations for judiciary and the bar as well, including greater implementation of their respective code of conduct and accountability for breach where there is evidence of bias against people accused of blasphemy.

RR: In Pakistan, the blasphemy issue is seen as an attempt by the West to promote criticism of Islam. How can international assistance and advocacy negotiate through these culturally sensitive environments?

SZ: In practice, the blasphemy laws in Pakistan have become an instrument of personal vendettas and malicious motivations. The cases we have examined have very little to do with criticism of Islam or any other religion, and they certainly have nothing to do with the West or the East. The rise in the number of blasphemy cases, and the violent extremism now being justified in the name of fighting blasphemy, suggest that the ‘blasphemy issue’ has nothing to do with the sanctity of religion but rather is rather a product of people who use religious sensitivities to arouse popular passions for a political purpose. It is crucial for people to understand that this right needs to be protected globally. Just look at the situation in Myanmar, where the same laws inherited from the British are (mis)used by extremist Buddhists. And of course in India we’ve recently seen increasing religious intolerance, for instance violence against those accused of killing or eating cows. This is why international cooperation is necessary to avoid a downward spiral, where religious extremism in one country becomes an excuse for an extreme response in another country.