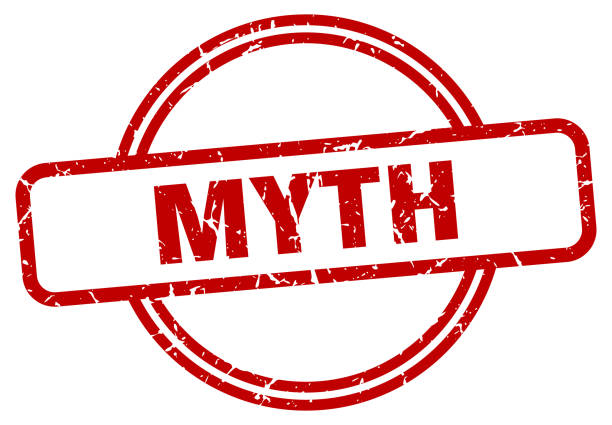 Popular narratives in Pakistan regurgitated by civil and military leadership with the support of mainstream media suggest that certain things have changed over the past few years. Be it our domestic politics, the conduct of elected and non-elected institutions of the state, we like to create make-believe stories to delude ourselves. Nation states like to peddle national myths often at the expense of history, facts and diversity. Pakistan is no exception. The list of delusions is long but let’s name a few here.

Since the ‘historic’ lawyers’ and judges’ movement, we have been hearing that doctrine of necessity has been buried. Proud pronouncements from the Supreme Court of Pakistan often repeated by analysts and politicians do their rounds. While the courts certainly are far freer than they were before, the doctrine of necessity is very much alive and kicking. Take the example of military courts. The apex court ratified military courts established after the 2014 terror attack in Peshawar that killed children and teachers in an army school. The court upheld them and many outspoken lawyers and ostensibly independent analysts also supported these courts. In March of this year, the National Assembly passed 28th Constitutional Amendment Bill that revived the military courts after the initial two-year period was over.  It requires no rocket science to note that that such courts are violative of citizens’ rights to fair trial, legal counsel, etc. as guaranteed by the Constitution. There are countless instances where the courts have passed verdicts that fall into the ambit of doctrine of necessity -initially used in 1950s to uphold a constitutional subversion – without naming it. Sixty years later, it remains pretty much a convenient ploy to justify the power arrangements in the country.

One wonders if there is an Ummah then why is it so divided and why are we even imagining ourselves as its leader when we have clearly sided with one sectarian, albeit majoritarian, bloc.

Another myth pertains to the burial of the ‘strategic depth’ doctrine famously propounded by former Army Chief Mirza Aslam Beg. The gist of this doctrine was that Pakistan sought to exert influence in Kabul through a friendly government, which in times of hostilities with India would provide Pakistan a safe fallback option. It is a separate matter that after three decades the doctrine has reversed and we have turned into the ‘depth’ for others and a target of groups that call themselves the Pakistani Taliban. Now they have found sanctuaries in the badlands of Afghanistan and we keep on complaining about that to the world. Who would have thought that this day would arrive and why have we not learnt from the misfire of this flawed doctrine. But has it been given up? Not really.

Assuming that India, with the support of United States, is playing an anti-Pakistan game in Afghanistan — can  we not find other allies in the wide range of political spectrum in our neighbouring countries? Even if the Taliban succeed with the support of Pakistan, China and Russia to gain full or partial power have we forgotten that they allowed the sectarian militias to operate from their soil when the state of Pakistan launched a crackdown in 1990s? Our view of Afghanistan has not changed, as it remains an extension of battle with India.

Another idea that has been conveniently drummed into the public mind is that all states use proxies to achieve their strategic goals. The United States and its spy agency Central Intelligence Agency are mentioned as the key examples. India’s role in 1971 and its alleged support to Baloch separatists and Pakistani Taliban are oft-cited examples. In short, Pakistan only follows what others do in warfare, say the pundits. There is a little but significant difference. Few, almost none, of these cases actually allow non-state militias to operate and prosper on their soil. But that is not even the issue here. Which state allows its proxies to influence public minds and build popular support? Whether it is anti-Shia hate speech by militant groups and calls for violent jihad, young Pakistanis have been influenced by such faux narratives. Pick up a random copy of any Urdu newspaper from 1980s onwards and glorification of Taliban, the necessity to counter India through jihad has been recurrent theme. I doubt if other countries have allowed that. Let’s be clear about it.

Since we were young, we were told that there was an Ummah that we cherish and belong to. We heard Bhutto wanted to be the leader of the Ummah and he was killed so that the dream could not be fulfilled. Now with nuclear prowess and our professional armed forces, we are the leader of Islamic world. Nothing could be farther from the truth. Last month when our PM went to Saudi Arabia to attend a moot of other Muslim countries he was not even asked to speak. Our former Army Chief heads a Saudi alliance which is clearly sectarian in nature and one wonders if there is anUmmah then why is it so divided and why are we even imagining ourselves as its leader when we have clearly sided with one sectarian, albeit majoritarian, bloc. In the recent Saudi-Qatar spat, Pakistan’s leverage was seriously exposed as any hint of Pakistani mediation was denied by concerned parties. Power in this day and age is not just a function of how many tanks and nukes you possess but what your economic worth is. Can Pakistan ever bridge Saudi-Iran differences? The answer is in the negative.

Finally, a new truth has emerged. China and its $53 billion economic corridor is a panacea for everything that afflicts us. Our energy crisis will be solved because the Chinese are setting up power plants. Our regional isolation will be tackled as China backs us and we let Iran, Afghanistan and India continue to resent us. And who cares for the relationship with the United States, as China will do all that the US assistance has been doing for the military and our chronic balance of payments deficits. CPEC is a welcome development and certainly a game changer but how would the Chinese make Pakistanis pay more direct taxes? How is the domestic investment going to increase when most of the contracts may be awarded to Chinese companies? And the increased indebtedness is already a reality. Future projections are even scarier. Most importantly, without a stable Afghanistan how are we going to reap the benefits of our much-touted ‘geo-strategic location’? The US is a major destination for Pakistani exports. It is also a key source for remittances from the Diaspora. What would happen when the relations with US take a nosedive? These are mind-boggling questions, which no one bothers to answer.

It is time that we infuse a bit of realism in our collective thinking and policymaking processes. Peddling and employing myths as cornerstones of policy and national pride leads nowhere.

Published in Daily Times, July 1, 2017: Five myths that need to be buried for good