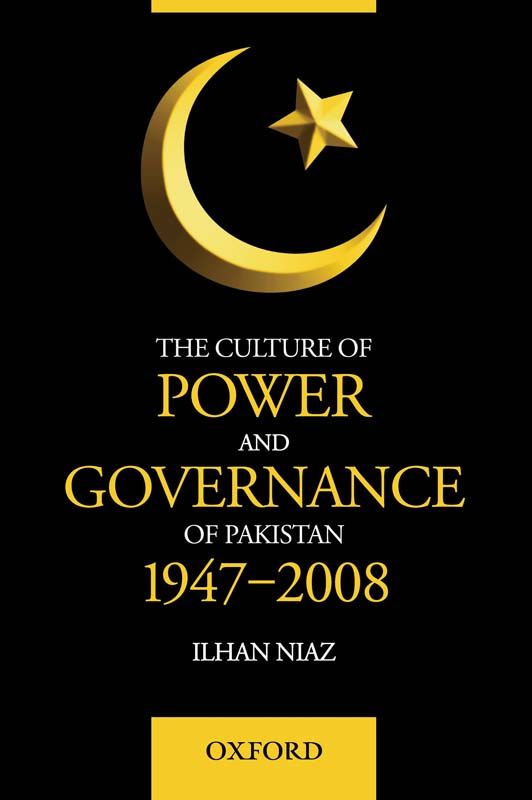 “…the pasture of stupidity is unwholesome for mankind.” – Ibn-e-Khaldun

Pakistan’s ‘crisis’ of governance has now acquired an axiomatic status. Local and foreign experts have been grappling with the precise nature of how the Pakistani state has transformed over the past decades. In particular, the state’s inability to turn into a citizen-responsive, accountable entity is a major tragedy of our times. Ilhan Niaz’s award-winning book, The Culture of Power and Governance of Pakistan 1947-2008, is a significant narrative on the philosophical and historical dimensions of governance or lack thereof. Perhaps the most impressive part of his endeavor is the fact that his is an indigenous analysis, emanating very much from a Pakistani scholar who has chosen to rough it out in a public sector university.

The book uses a wide range of declassified records available at the National Documentation Centre in Islamabad and, therefore, posits a fresh perspective on both the political history of Pakistan as well as how the culture of exercising power in South Asia permeated the insular, mock-Weberian state created by the British. In this respect, it is worthwhile to say that Niaz has also ventured into exploring the marked regression of Pakistan’s ruling elites – something that few studies before his have attempted. As he puts it, the state apparatus has over time become arbitrary, proprietary and delusional.

In the course of seven key chapters rather innovatively titled, the author takes the reader through the turbulent journey that the Pakistani state has gone through. In the preface, he writes that the story of “Pakistan’s governance is best understood as a journey to an earlier governing mentality. This mentality converted autonomous institutions into servile instruments, the rule of law into the rule of the ruler, and obliterated the distinction between public and private wealth and authority.”

The first three chapters provide an overview of the rise and fall of major bureaucratic empires in the subcontinent and how they shaped the culture of power. The author locates this culture of power in the first few years of Pakistan’s independence and shows how it opened up particular fissures within the structures and systems of governance and among the ‘mandarins’ – the all-powerful civil servants who ruled Pakistan and continued with the imperial traditions of China and India with respect to bureaucratic leadership.

The next three chapters examine the military, the justice system and the immensely powerful revenue officials and how they shaped the culture of power making it more excessive and delusional. My favourite is the last chapter titled Grand Seigneurs which reviews the proprietary moorings of the ruling elite and public officials and how this has affected the credibility of the state. Several theses on the Pakistani state cite the eroding legitimacy of the state as a key indicator of the crisis at hand and this chapter is a must-read for all those who want to benefit from a Pakistani voice contributing to a much-neglected discourse.

One can only agree with Niaz when he says, “Under the impact of irrational foreign tutelage, the Pakistani elite have lost the will and perhaps also the ability to think rationally about its own predicament”. He rightfully terms the lack of investigations into Pakistan’s contemporary history as an intellectual debacle and reminds us of Ibn-e-Khaldun’s famed line that “the pasture of stupidity is unwholesome for mankind”.

Towards the end, the book takes up the 2007 misrule by General (retired) Pervez Musharraf – the time when he displayed the worst attributes of Pakistan’s ruling elite. In a sense, this gives a pertinent denouement to the book and provides an insightful summary of the culture of power in the Land of the Pure.

The Pakistanis worried about the state of their country and looking for a thoughtful analysis of the malaise afflicting it can benefit enormously from Niaz’s book. Hopefully, his work is carried through in the years to come for its excellent insights related to public policy in a turbulent 21st century.