From Paper Magazine 2011- a year in review 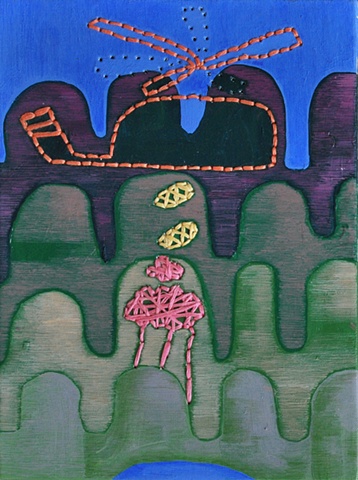 A journalist recently remarked that 2011 was the year that no one will remember. Alas, this will not be the case, as the year will haunt us for some time to come. The process of forgetting will not be effortless. Pakistan has undergone several such moments in the past. However, 2011 brought it all together in a chaotic fashion, exposing the blood-lined fissures within the society and the long-term crumbling of the state.

The year started with the gruesome murder of Salmaan Taseer, governor of Pakistanâ€™s largest province as he championed the cause of a poor woman booked under the blasphemy law. His death was a shocking event in multiple ways: the murderer Mumtaz Qadri was a man supposed to protect him, the killer was garlanded and elevated to the status of a hero by many segments of the society especially the clerics. A tragedy of this proportion at one level appeared to be an epitaph of a society that had buried its humanity. Even worse the political parties, civil society and media remained cautious in the aftermath of the assassination; and the hope for a collective resistance was missing.

It took several months for an afraid judge to deliver a verdict against this heinous act and now the judge lives outside Pakistan to escape the wrath of clerics who find his act of sentencing Qadri abominable. The executive did little to punish errant officials who had allowed for things to come to such a pass; and the Parliament could not even offer prayers for the slain governor. Pakistan has never appeared so unkind and insensitive to murder, and that too in the name of a faith that preaches peace. This murder was followed by the assassination of Pakistan’s minorities minister Shahbaz Bhatti ostensibly at the hands of Taliban and to date the killers remain at large. Bhatti’s death marked the end of activism against the Blasphemy law silencing most of the voices calling for reform to the man-made laws which persecutes both Muslims and non-Muslims in Pakistan.

Bruised by this ghastly incident, the country displayed another kind of a collective neurosis when a trigger-happy CIA contractor Raymond Davis killed three Pakistanis in Lahore. Davis’ act was despicable and he ought to have been punished. But Pakistanâ€™s right wing and media manifested a rare kind of blood thirst against this operative of a notorious agency. The calls to hang Davis without a due examination of international and domestic laws came as another affirmation of a society, which has abandoned rule of law in favour of chaos and paranoia. It is a separate matter that the state bailed out Davis applying the Islamic laws introduced by Gen Zia ul Haq by paying blood money to the families of the victims. The executive was in overdrive and the judiciary also delivered a speedy judgement. The incident left Pakistanis more xenophobic and resentful of its long-time patron and ally, the United States.

Nothing has been more turbulent than the trajectory of Pak-US relations during the year. The two allies turned into frenemies by the end of the year. The Davis saga set the stage for stranger things to come. 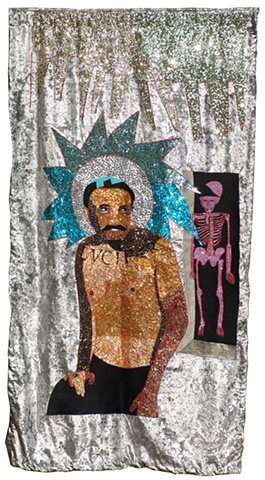 On May 2, a special team of US Navy seals almost invaded a part of Pakistan in a surgical strike to capture and kill the leader of Al Qaeda, Osama Bin Laden (OBL). The location of OBLâ€™s hideout was most embarrassing. The chief patron of a global Islamist movement was living apparently for years near a garrison town in Abbottabad, close to a prestigious military training academy.

There was uproar in Pakistan and the earlier shock and unanswered question â€“ what was OBL doing there â€“was replaced by a nationalist outrage. The US had violated our sovereignty and if our security forces were negligent or complicit there was an issue. The contradictions within Pakistanâ€™s policy and its domestic civil-military relations were at once laid bare under international spotlight.

The domestic crisis which emanated out the May 2 strike on OBLâ€™s hideout deepened by the end of the year when the civilian and military power-wielders were playing out their conflict in the courts. The memo-gate affair, as it is now known, finds its roots in the writing of an unsigned memo allegedly written by Pakistanâ€™s Ambassador to the US calling for US intervention and support for the attempts to establish civilian control of security and foreign policies. By the end of the year, the Ambassador had resigned, faced a court petition, which culminated in the formation of a judicial commission to probe the charges, and been placed in virtual imprisonment beacause of fears for his safety.

Between these events, there were two other acts of violence. One against the state by a well-planned attack on a major naval base in Karachi in May 2011, and the second, the abduction and murder of a journalist Syed Saleem Shahzad around end of May 2011. Both acts disparate in their intensity and nature underlined one thing in common: the power of militant groups, a reality to be reckoned with. The naval base attack by the militants (or non state actors) apparently had inside support while the slain journalist was reporting regularly on the activities of extremist non-state actors as well as the operations of Al Qaeda in Pakistan.

These organised groups also abducted the son of the late Salmaan Taseer from Lahore and an American aid worker Warren Weinstein in August. On the issue of latter, a video was released by the current Al Qaeda chief claiming that his network had the American citizen in their custody. For the release of Weinstein, Pakistan and the US have to meet several demands of the militants.

Instead of cooperation or meaningful engagement, the US and Pakistan have been busy vilifying each other thereby muddling the prospects of regional peace close to the withdrawal of NATO/ISAF troops from Afghanistan in 2014. The outgoing US military chief Mike Mullen accused Pakistan of harbouring militant groups such as the Haqqani group and held it indirectly responsible for attacks on NATO troops in Afghanistan. The statement offended many Pakistanis given the sacrifices made by Pakistan Army and its citizens. Later in the year, the attacks on Salala checkpost on the Pak-Afghan border aggravated Pakistanis again and this time drastic steps â€“ such as the blockade of NATO containers – were taken by the government. 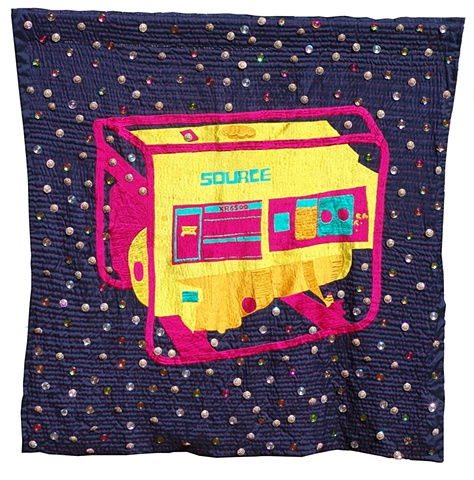 Amid this political instability, the weak civilian government remained under pressure from the foreign policy imperatives, continued terrorism and a melting economy. Its capacity to focus on domestic issues and â€˜governâ€™ the country dwindled. Good governance becomes a daunting goal when two powerful unelected institutions of the state operate outside the ambit of parliamentary control (over the armed forcers) and advice (as in the case of courts). Thus the Prime Minister had to say that he was facing a state within a state whilst complaining of conspiracies against the government.

The real impact of the political instability and slide into chaos remained the poor and middle classes of Pakistan who dealt with inflation, power outages and a winter with limited supplies of natural gas. This is perhaps the first year when Pakistanis had to confront the reality that supplies of natural gas from the troubled province of Balochsitan was less than the demand. In the short term there are bound to be more outages and limits to its use, as was the case in the past. 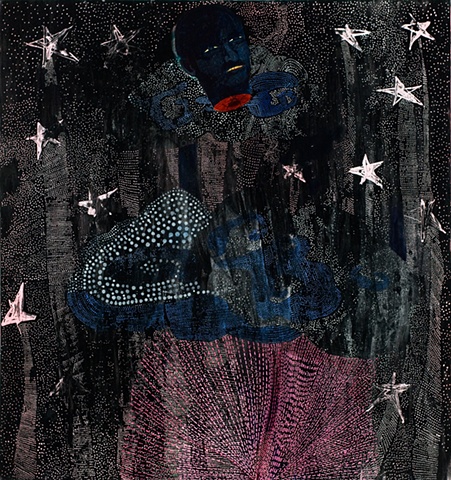 Shooting off to Paradise by Saba Khan

December 16 marked the fortieth anniversary of the fall of Dhaka when the Pakistan Army surrendered in East Pakistan, giving way to the birth of Bangladesh. Sadly, this historical marker was underplayed by all except the usual conspiratorial rants in the mainstream media. The country has not quite understood or internalised the shock and continues to tread the familiar path – denying a viable federalist, democratic space to its plural citizens in Balochistan and elsewhere and blaming external actors for its internal problems.

In the meantime, Zia ul Haqâ€™s project has come to fruition. Generations of young Pakistanis, especially in the urban areas, unaware of their own histories and indoctrinated by an ideological education system, and the faith-centred public discourse, are now looking towards a messiah in the form of ex-cricketer Imran Khan. Mr Khan is clean and presents a sophisticated version of Islamic nationalism, which warms the hearts of young men and women fed on the diet of xenophobia and Pakistanâ€™s past and future glories. The larger political parties have not made things easier by their compromises and tainted records in office. The conception of a faux revolution has been touted around Khanâ€™s political mobilisation. It is unclear whether this will turn into votes at the polls let alone a vehicle for structural change.

Nothing is more symbolic than the emergence of the idiot box â€“ the televisual revolution in Pakistani homes, especially in the urban centres. It has opened up avenues for public accountability but at the same time initiated newer possibilities of controlling the public mind. Pakistan in 2012 and beyond will be a country ruled by the younger population and media barons and the guardians of a decaying post-colonial state. This is why the â€˜newâ€™ Pakistan remains an idea fraught with possibilities as well as the scary lessons of history telling us that the future remains beholden to the past.

Next Post
‘On the wings of time, grief flies away’