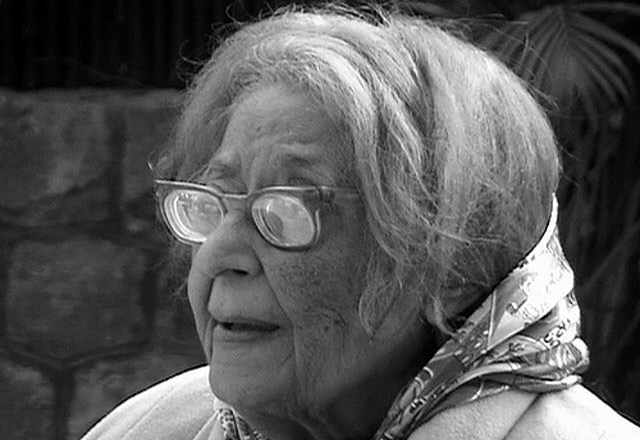 In my otherwise uneventful life, something significant has happened. It may seem unimportant to some people but it’s a big deal for me: I finally met Qurratulain Hyder, twice, in Delhi. The journey to get to Ainee Apa (the affectionate title bestowed on Hyder by her admirers in the Urdu-speaking world) took fifteen long years, for despite my familiarity with Pakistani literary circles, I never met her in Pakistan. On my recent visit to Delhi, however, fate smiled upon me. Dr Enver Sajjad introduced me to her writings when I was in high school and since then, I have read almost every word published by her. Once, I composed a long letter to her that I never sent, thinking that it was a bit melodramatic to do so. Over the years, I internalised its contents and a part of me has been perennially nurtured by the magic of her writings. I still remember the glorious London summer when I finished Aakhir-i-Shab ke Humsafar during my college days; I looked around and discovered that the world was a different place. Henceforth, I lived the better part of my life in her books.

Ainee is arguably the greatest living Urdu writer. The Times Literary Supplement once commented that she can be counted alongside her contemporaries Milan Kundera and Gabriel Garcia Marquez, as one of the worlds major living writers. Her novels and short stories have dealt with the inextricability of Hindu and Muslim subcultures in terms of literature, poetry and music, and the historical forces of colonisation, Independence and Partition and their impact on the current of individual lives. Her first novel was published in 1947 and her magnum opus Aag Ka Dariya (translated by her as River of Fire ) undertook a groundbreaking examination of issues of identity in the context of South Asian civilisation; Darya is to Urdu fiction what A Hundred Years of Solitude is to Latin American literature.

Born in the United Provinces (now Uttar Pradesh) in 1927, Hyder comes from an accomplished upper crust family of writers. Educated in Lucknow, she spent a stint in London as a young reporter on Fleet Street before emigrating to Pakistan after partition and returning to India around 1962. Ainee was awarded the Jnanpith – India’s highest literary award – and before that, the Sahitya Akademi, Padma Shree and Ghalib awards.

On my first visit to Delhi, I was invited to lunch at Ainee Apa’s house. She lives in Noida, close to Delhi. Quite symbolically, the real-mythical Jamna River separates the two localities. In Noida, I buy rajnigandha flowers (much loftier than the prosaic ‘tuberoses’) and, standing under a jaman tree, wonder why life is treating me so well. I was, after all, buying flowers for Ainee Apa.

She is entertaining a guest who had brought some books for her to read. There is no electricity and she repeatedly apologises for the humid afternoon and her utter helplessness in getting the supply restored. Evidently frail, there is nevertheless something electric in her manners and conversation. It takes me a while to register the reality of that afternoon. Her house is full of books; I later find that each room has bookshelves and yet more bookshelves. The walls are adorned with a decade’s worth of her paintings, some of which I recognise as they feature in her books.

Mindful of her legendary irritation regarding literary small talk, which she has always considered ‘boring’, I launch into a ‘natural’ dialogue of sorts. She hurls at me several questions on the state of Indo-Pak relations, the visa policy and my projections on the peace process. I am a bit taken aback, my cynical self not ready to offer coherent replies. Nevertheless, I conjure up answers that are cautiously optimistic or, shall we say, “moderately enlightened”.

She appears amused by my assertions and insists that her generation suffered due to conflict; my contemporaries and I have to rise to the occasion. I can appreciate her point given that the world that she has lived in is no more; the composite Indo-Muslim culture is fast diminishing and the RSSs and Lashkars – illegitimate children of the historical upheavals – are better known than Mir and Kabir.

She also inquires into the state of the Pakistani intelligentsia and I am again a little nonplussed. I lament about the middle class and how it is not playing its historical role (except for crass consumerism) nowadays. Then I mention Kamal, a character from Darya, who is disillusioned by the aesthetics and politics of the 1950s but sees no option but to integrate into the changing Pakistan. She smiles and avoids a direct answer by saying that was an old tale.

Earlier in the conversation I was chided for citing my favourite thesis of territorial readjustment (shifting boundaries) as a recurring theme in South Asian history. Ainee, the iconoclast, vociferously opines that medieval trends are over and communications and technology have changed our futures. I am struck by her buoyant thought process and led to question my own historical determinism. I notice that she has a terrific sense of humour, her sharp wit unaffected by her age and illness.

We lunch in the dining room amidst more of her paintings and books. The setting is quite cheerful as we talk of the Raj, vanishing Anglo-Indians and Lucknow while the domestics sway hand fans. She holds that Zia-ul-Haq’s era damaged Pakistan irretrievably. Pakistan, she adds, was progressing before Zia took over. She recalls Pakistan’s first female pilot, Shukriya Ahmad, the day Bhutto was hanged and how Lucknow appears desolate. I am nothing short of enchanted. She saw Bhutto on a steamer ship in 1954 and remembers vividly how he was ‘wading’ outside the ballroom. Her memory is fantastic.

Lucknow is a constant point of reference that lurks in the shadows of her conversation. Ainee insists that I should visit Lucknow on my next trip – and I will, god (and visa) willing. I am reminded that in Lucknow religious identities were secondary to those of the secular Lucknavi culture and even the street vendors used language such as: huzoor dekhiye ye jalebi aap ki mohabbat mein ghulay ja rahi hai (sir, look at these jalebis melting in your love). I inform her that the ‘Lucknow nostalgia industry’ is vibrant in some parts of Karachi. She likes my blasphemous remark but wonders how I can be Punjabi given that I speak Urdu! But I am now used to this identity crisis.

Getting rather familiar, I start discussing her books and, of course, the narrator. Her answers are delightfully original and utterly self-effacing. She recounts how her parents were born at least a hundred years before their time. Her father’s liberal outlook and her mother’s love for the arts were the inspiration for Ainee to devote her life to writing. She never got married; it was quite evident that she could not have met a man capable of complementing her. I suppose the rich inner universe makes up for the ‘loneliness’ syndrome in exceptional individuals.

When I mention a real character, the Calcutta singer/courtesan Gohar Jaan (who died in 1930) from her novel Gardish-e-Rang-e-Chaman, she is most excited. I tell her that a musicologist friend has discovered some thumris in her original voice. (These I deliver to her during my second visit, and when we listen to them she is in a state of disbelief.) She asks me to search for the music of Janki Bai, another luminary of the early 20th century. (When I later call my musicologist friend to request that he dig out Janki’s music, he is stunned when I tell him why.) Ainee is fluent in the language of music; she co-authored a book on Ustad Bade Ghulam Ali Khan and in her heyday played the piano and the sitar with equal ease.

She corrects me when I use the term ahistorical (she calls it anti-historical), noting the systematic destruction of heritage across the subcontinent. We talk about her discovery of the first subcontinental novel written by Hasan Shah in 1790 – The Nautch Girl – which she translated in 1992. She is angry that no one bothered until she unearthed the manuscript from the Patna Library. We drift back into lost eras and she remarks that Dara Shikoh was a 21st century man. Small wonder that he was beheaded in the 17th century, I respond.

On my second visit, our conversation ends when Ainee, pre-empting my melodrama, warns me, “now don’t you do the conventional: it was great that I finally met you as I have been dying to meet you for so many years.” She also mocks a shudh (pure) Hindi version at me. We laugh endlessly and I tell her that all the clichés are true and need to be expressed shamelessly.

As I leave, I promise that I will return very soon to present her with Janki Bai’s music. My undelivered letter to Ainee is getting longer… I shall need a lifetime to complete it

I had never imagined that I would be writing an